The In Betweenness of Things, Dr Amanda Ravetz 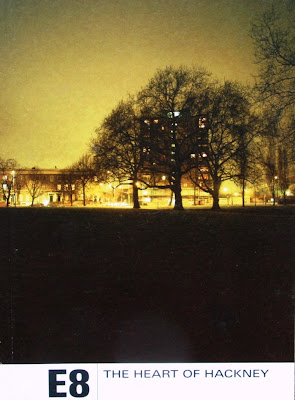 The In Betweeness of Things:
Hilary Jack at Transition Gallery for E8, The Heart of Hackney

A pair of leather shoes on a bus stop bench, a torn football by a bin, a wooden tennis racquet propped against the wall. Jack’s matter-of-fact images evoke the journeys objects take towards obsolescence, suggesting an easy-come, easy-go attitude to mass-produced goods. And yet a melancholy hangs over these discarded bits of lives, evocative of human loss and of how the shedding of things leaves us strangely diminished. Once they are broken, we can no longer take them for granted; they disturb and unsettle us.

Jack not only photographs discarded and lost objects, she brings them back from the brink. The leather shoes have been repaired, polished and embossed with golden words. The football re-stitched and inflated. The racquet has been made fit for a new purpose, migrating from the street to the gallery.

At a time when local authorities in the UK are making the recycling of household waste compulsory, this work has a particular resonance. Local government websites explain the (complicated) arrangements residents must follow in sorting their waste into colour-coded boxes. They list the collection times, the types of vehicle and equipment that will remove the bottles, plastic and tins. Turning attention to more idiosyncratic items, Jack’s work also references the excesses of an economy based on built-in-obsolescence. And yet the very bathos of her gestures provokes the thought that recycling itself may be a futile action in the face of so much consumption and waste.

Indeed it is through the possibility of failure—the futility of the repairs carried out, the possibility that the replaced objects will not survive—that Jack’s work lodges its appeal. There is no guarantee that the things that have been cleaned or repaired and returned to the places where they were found will re-enter the social worlds they left. And so, cut adrift from their pasts, their futures uncertain, their very in-betweeness invites curiosity about their trajectories—and about other inanimate things.

Running through avant-garde theory is a strong belief in the purposelessness of art. The power of the aesthetic encounter lies in its freedom from instrumentality, evoking in turn a future free of human self-interest. By taking the everyday into the social world of art, the relationships surrounding objects are gently re-aligned, their purposes changed. Jack’s work causes utilitarian items to reveal a side of themselves beyond their practical usefulness, their original journeys, or the contexts of their use and abuse. The emblems of sociality that Jack adds in the forms of inscriptions, the other subtle interventions she makes, draw these ordinary objects into another aesthetic domain, and in so doing, insert a tiny pause between purpose and purposelessness.

When the door-closer ‘goes on strike’, says anthropologist Bruno Latour, we momentarily acknowledge its agency in our world. We speak bitter words when things let us down, investing the things around us with expectations, memory, frustration, hope. Objects are not human, but they are part of our social world.

At the heart of Hilary Jack’s work is a commitment to ‘the social life of things’. Her gathering and rehabilitation of lost or abandoned objects are less acts of altruism than statements of fact. Holding open the possibility that objects are (non-human) people, treating them as interlocutors, the artist momentarily defies the incommensurability between our world and theirs.

Dr. Amanda Ravetz is an AHRC Fellow at MIRIAD, where she is currently pursuing research into ‘Contemporary Convergence of Aesthetics and Ethnography'.